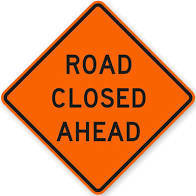 State highway crews will temporarily close part of Kentucky 1448 (Stone Lick Road) in Mason County next week to install a drainage pipe under the highway, officials with the Kentucky Transportation Cabinet said Friday.

Beginning at 8 a.m., Monday, Jan. 13, crews will close Kentucky 1448 at milepoint 3 between the Colliver Drive loop entrances to replace the culvert. The road will remain closed until about 3:30 p.m., with local traffic only permitted past the Kentucky 3313 (Taylor Mill Road) and Kentucky 9 AA Highway intersections.

Detour signs will not be posted due to the short duration of the work, but traffic can use Kentucky 9 and Kentucky 3313 to reroute during the closure.

Road work schedules are subject to change depending on weather conditions. Motorists are asked to heed all warning signs, slow down in work zones and remain aware of workers and construction equipment when traveling.