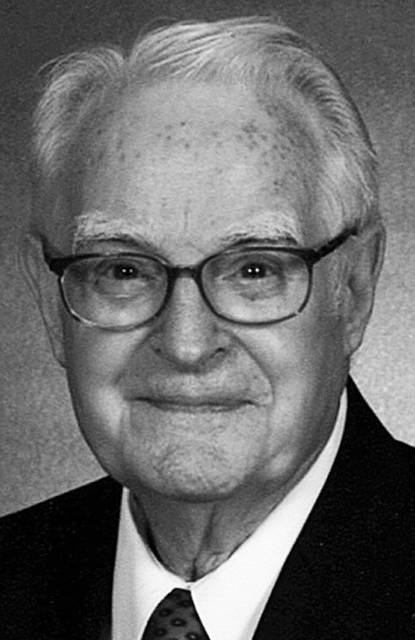 Mr. Clarkson was born on Sept. 18, 1927, on the family farm in Mason County, to the late Simon and Pauline Furlong Clarkson. He was a graduate of Orangeburg High School, University of Kentucky and University of Louisville College of Law class of 1952 at which time he entered the U.S. Airforce.

Upon his discharge in February 1954, he began his law practice. He was elected and served as Maysville City Prosecutor and served as Trial Commission of the Mason District Court. He was a lifetime member of St. Patrick’s Church, having served on the St. Patrick School Board and Finance Committee. He was a member of the Kentucky and Mason County Bar Associations. Mr. Clarkson was recognized by the Northeast Kentucky Legal Services as the 2001 Attorney of the Year for providing pro bono legal services to those in need.

Mr. Clarkson was a kind, generous, intelligent person; a loving husband, father, grandfather, great-grandfather, relative and friend. His priority was his family. His passion for practicing law was never ending. He loved travel, history, working crosswords and was an avid writer. He was a loyal Louisville Cardinal and grew up loving the Chicago Cubs. Some of his favorite getaways were to South Carolina and Gatlinburg but his favorite was driving the Blue Ridge Parkway playing Bluegrass music in the fall. Mr. Clarkson will be missed greatly for humor, wit and beautiful smile.

Survivors include his children, James Dillon (Joanne) Clarkson of Independence, Susan Grover (David) Hixenbaugh of Florence and Paula Ann (Robert) McGee of Cincinnati; five grandchildren; one great-grandchild and a host of extended family members. His greatest joy was his family. Special appreciation is given to his caregiver and friend, Barbara Payne.

In addition to his parents, he was preceded in death by his wife, Alexine Dillon Clarkson; brothers, John Louis and Robert; and sisters, Alma Rowady and Betty Kearney.

Mass of Christian burial will be held at 11 a.m., Tuesday Nov. 24, 2020, at St. Patrick Church with Rev Andrew Young as Celebrant.

In lieu of flowers, donations can be made to Maysville’s Hospice of Hope and Kentucky Alzheimer’s Association.

Visitation will be private.